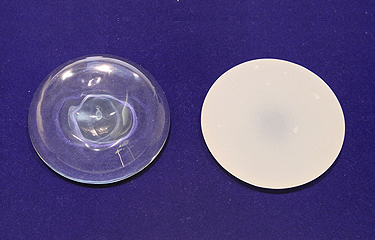 By supplementation of the shortcoming of the existing liquid typed
silicone implants, it is formed with several layers of film. Therefore,
even when the film is ripped, it is developed to prevent it from being
absorbed inside the body by being highly cohesive semisolid.
Its safety has been certified by FDA and KFDA, and received an
official permission. Its quality is far superior to the existing implants
made with physiological saline, and it is most widely used as its form
is very natural after the surgery. 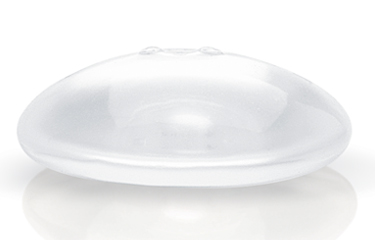 This was widely used implant in the past which is made out of
physiological saline. It has an advantage to easily regulate the breast
sizes by controlling the saline injection amount. However, breast size
may get smaller as saline solution leaks little by little as time goes by.
Due to this drawback, it is not widely used these days. 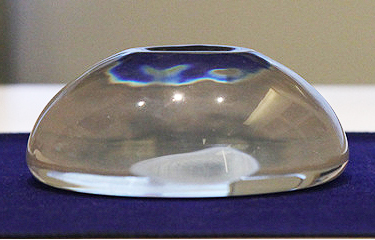 This is mainly used type which is perfectly symmetric both vertically
and horizontally. This will give more volume on the upper and lower
parts of the breast. Also, when you stand up, it will create natural
breast line by naturally going down a bit due to the weight of gravity. 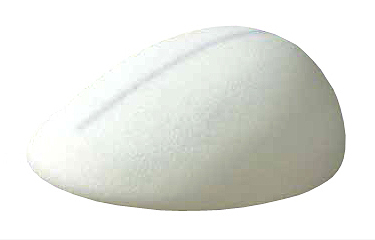 Unlike round type implants which are specialized in augmentation,
teardrop type implants are more focused in naturalness. This form
natural and beautiful tear drop shape of breast. It maintains the shape,
and yet the back part is soft as it was ergonomically designed.
Also, it has high possibility to achieve the golden ratio of breast
through A,B,C,D measuring system. 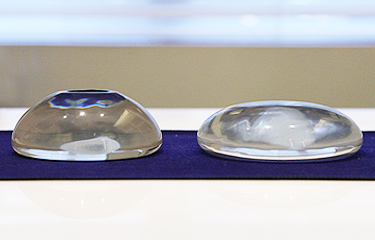 This is generally used type because its surface is superior to textured
type by being smoother and softer. However, after-treatment such as
massaging is important as well as a suitable surgery method since
there is higher possibility of capsular contracture compared to
textured type. 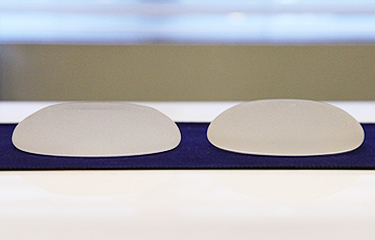 This is well known for having less possibility of capsular contracture as
its surface is rough, so surrounding fibers will grow between the rough
gaps and no massaging is required after the surgery.
However, it will not be feeling as good as smooth type implants